Swedish born satirist Karin Z Sunvisson on what the state of satire might say about our democracy, and about the preconditions necessary for satire to be a relevant tool for political change.

Why are there so few women satirists? This question finally got an answer last year. They are not few at all! The problem is that they are not visible, since their images are not being published.

It was during the preparations for the exhibition With the pen through the glass ceiling, which I co-curated with Carina Milde, art historian and curator at the Museum of Work, that the proof of this was laid out before us. The exhibition consisted of the hundred final contributions from the very first edition of the Women Cartoonists International Award, a contest reserved for women working with political graphic satire, organised by United Sketches on the initiative of Helsinki based political cartoonist Kianoush Ramezani.

What we were looking at was thus the one hundred best images, but in total over a thousand art works had been entered in the competition by around 260 women from all over the world. Evidently the women satirists did exist. And they were brilliant. But why had we not been aware of their existence? Why were they not represented among the artists in the many international networks for political cartooning?

The answer is that women satirists does not have a platform. Nobody is requesting them, since they do not know that they exist – because they are not being published. The narrow slots reserved for graphic satire in paper media is already occupied by a number of established male cartoonists, and the space for political graphic satire is so miniscule that it hasn’t crossed anybody’s mind to demand an equal partition of it.

At the same time, we hear declarations from all political directions (and not rarely by the same editors who themselves have cut down the space for graphic satire to postal stamp size) about how satire – the right to heckle the power – is vital to our Liberty of Expression. But what democracy is satire proof of when only a fraction of the images that are present in the public debate are created by women?

A satirist is forged in the confrontation with an audience. Only in this confrontation can graphic satire become relevant as a tool for political change. Today there are unlimited possibilities for self-publication through social media, but I am talking about the meeting with a recipient who didn’t necessarily choose to see the image (or was brought there by a series of algorithms adapted by already existent preferences in a system that is literary designed to please the user). It is with the involuntary recipient, not the already likeminded but a representative of the masses that happened to stumble upon the image in the public space, that the satirist must have an inner, hypothetical, dialogue during the working process. What does this recipient understand? Which symbols and visual references gets trough? How can the image be interpreted – and misinterpreted?

This hypothetical dialogue is the working process that ensures that the satirical image will achieve its aim, meaning to convey a political message and thus move power from one side to another, but it is also crucial to the visual artist who communicates trough images in the public because images are compelling in a way that a text cannot be as we cannot choose not to see an image as one can choose not to read a text. The effect on an image is immediate. This is the core of the wonderful possibilities and thrilling unpredictability of graphic satire – and its potential as an art form for the revolutionary. Satire must reach those who do not seek it. Otherwise, it is nothing but a paper tiger. •

Analyse, style, wit – her images have it all. And on top of it she is the world’s only professor in graphic satire!

A real heavy weight political satirist schooled in the spirit of the Italian anti-fascist movement. She is not afraid of any gangsters – neither from the EU nor the mafia.

An incredibly impressive satirist who, despite of being prosecuted for her images, continues to attack corrupt politicians both in Egypt and abroad. (Read my interview with her here). 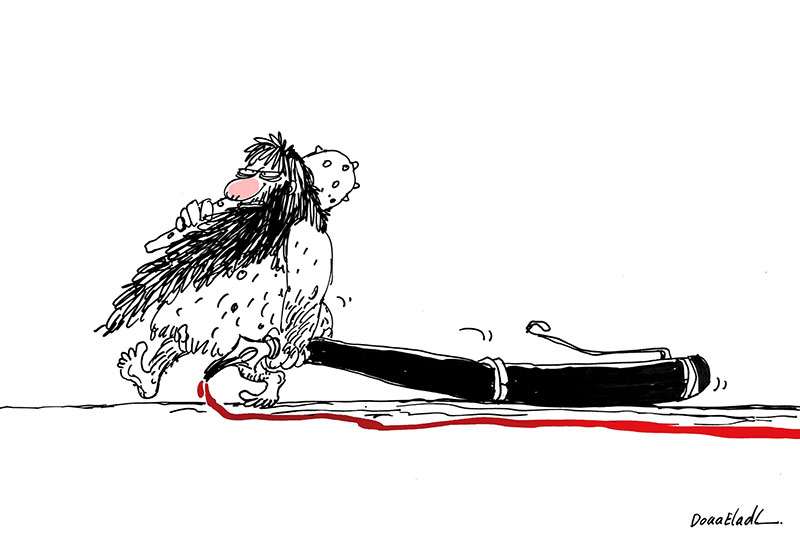 Karin Z Sunvisson (born 1981) is a Swedish born graphic satirist educated in Paris and living in Sweden and Serbia. 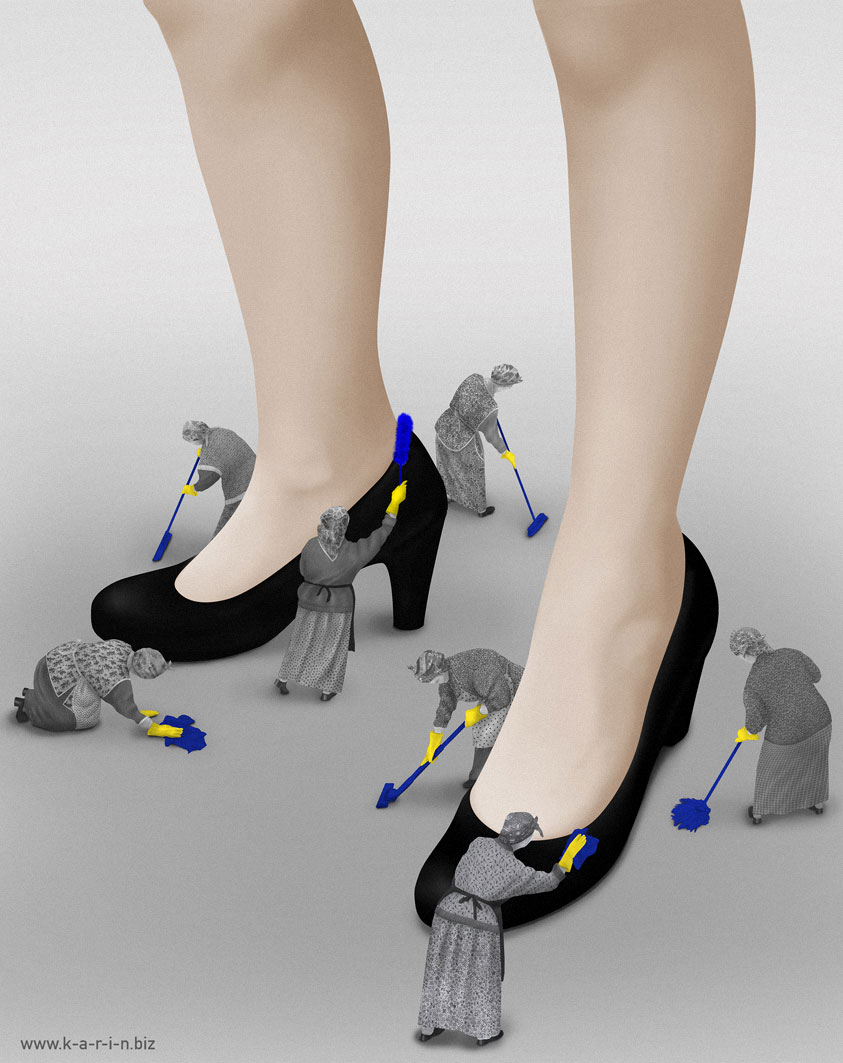 She is the project leader of Network for women graphic artists – graphic political satire and creative processes in collaboration with the Museum of Work and the Swedish Institute. The ambition is that the project ”will grow and develop internationally to become a strong global network where institutional and collegial support will act against exposedness and isolation and push editors and other media actors to include, collaborate with and publish women graphic satirists” (Source: Arbetets Museum)